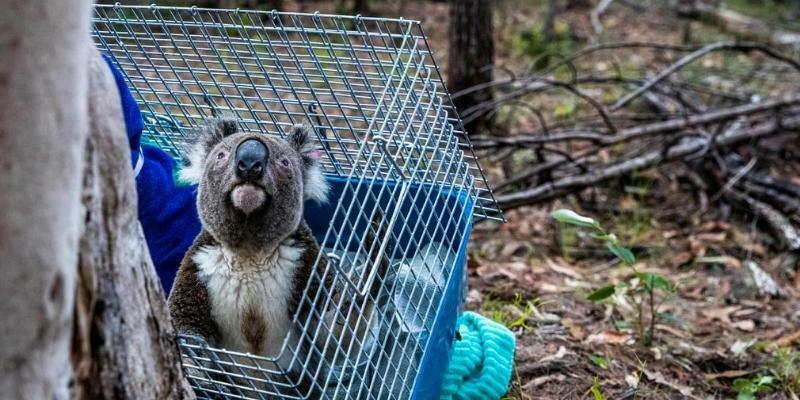 How Christmas carols can help koala conservation this year

A koala released back into the wild, Queensland.
Image source: The Guardian

The Australian Koala Foundation warns that koalas are in rapid decline around the country, with 30% of the species lost in just three years. Australia’s koala populations aren’t just facing the past and future impacts of fires and drought, but 7.2 million hectares of Australia’s land clearing has meant that much of the iconic marsupial’s habitat has been destroyed.

Koalas use eucalyptus trees in forests and woodlands for food and shelter, but due to land clearing they are being forced to the ground, where they are often hit by cars, attacked by dogs or contract diseases, according to WWF Australia.

Deborah Tabart, chairman of the Australian Koala Foundation (AKF), says that protecting habitats is the “only way” to save the species. The AKF is advocating for a Koala Protection Act, which would focus on protecting trees, including currently empty habitats, as opposed to current federal legislation which solely aims to protect the koala species alone. According to the AKF this makes habitats “almost impossible to protect.”

With as few as 30,000 koalas remaining in the wild, from their historical peak figure of around 8 million, koalas are now listed on the IUCN’s Red List. And if deforestation, lack of climate action and current insufficient wildlife protection legislation continue, koalas could become extinct by 2050.

Just can’t “bear” that news? Well, there is a very, merry way that you can help koalas this Christmas, that won’t even cost you a dime!

A new playlist, available on Spotify and Apple Music, has been curated in the hope of funding a better, more “koality” future for our native friends.

Each time the Christmas playlist is listened to, royalties are generated which will then be donated to the AKF to support their ongoing work in research, habitat rehabilitation and preservation of the few remaining viable koala populations.

So when you’re keen on a carol sing-along, look no further than this festive playlist, and spread your Christmas cheer to our koala friends, who really need our help these holidays.

Learn more about koala conservation from The Guardian, WION and ABC News, and read more on the koala Christmas playlist at PRWeb.