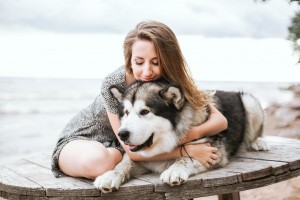 The facts about Giardia

The facts about Giardia

Giardia is a protozoan parasite that infects the gastrointestinal tract of humans, mammals, birds and even amphibians. The parasite can cause severe symptoms and is transmissible between animals and humans.

Giardia exists in two forms during its life cycle:

The trophozoite form: has unique flagella-like whips, enabling them to move through the intestinal tract with ease.
The cystic form: can survive several months in the environment, particularly in damp and wet conditions.
How is Giardia spread?

Dogs become infected with Giardia after they ingest the cysts, typically from contaminated water or grass. The cysts pass to the intestines and transform into the trophozoites, which then attach to the intestinal wall to feed. If there are significant numbers of the parasite, clinical signs of intestinal wall damage develop. These trophozoites reproduce, with some transforming into cysts. The dog eventually excretes the cysts in their faeces, completing the life cycle.

What are the symptoms of Giardia in the dog?

There are different tests available to help diagnose infection with Giardia and we can advise you on the best one for your pet.

Keep your pet’s environment dry and clean of faeces to help prevent infection. Pick up dog poo immediately and always apply proper hygiene. Wash your hands or use gloves to help reduce transmission onto humans.

If your dog has tested positive to Giardia, speak to us about how to disinfect your dog’s environment to help prevent ongoing reinfection.