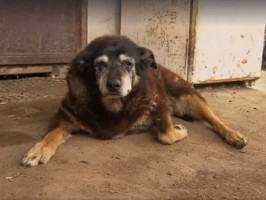 Are these the world’s oldest pets?

Are these the world’s oldest pets?

July is senior pet care month, and we have a newsletter packed with information about how to care for your ageing pet, as well as some of the more common diseases we see in our geriatric patients.

To get the newsletter started, we have found a few of the world’s oldest recorded pets, and think that the age of some of these might surprise you!

For a long time, Bluey held the title of the oldest dog to have ever lived. Bluey was a cattle dog from Australia who apparently lived to the age of 29 years and 5 months. There must be something in the water here in Australia, as there was also another dog, Maggie, the kelpie who was thought to be around 30 years old when she died. You can read about Maggie here.

Creme Puff, who lived in Austin, Texas, died at the age of 38 years and 3 days (equivalent to approximately 169 cat years!)

Flopsy was an Australian rabbit, who became a well-loved pet, he was found in the wild nearly 19 years before he died in 1984.

Adwaita was a tortoise who apparently lived to be 255 years old. Adwaita obviously outlived her owner so had to be relocated to a zoo!